Beatrice McBride:
Justice for Ahmaud- It Could Have Been Me
​
Curated by Vicki Meek 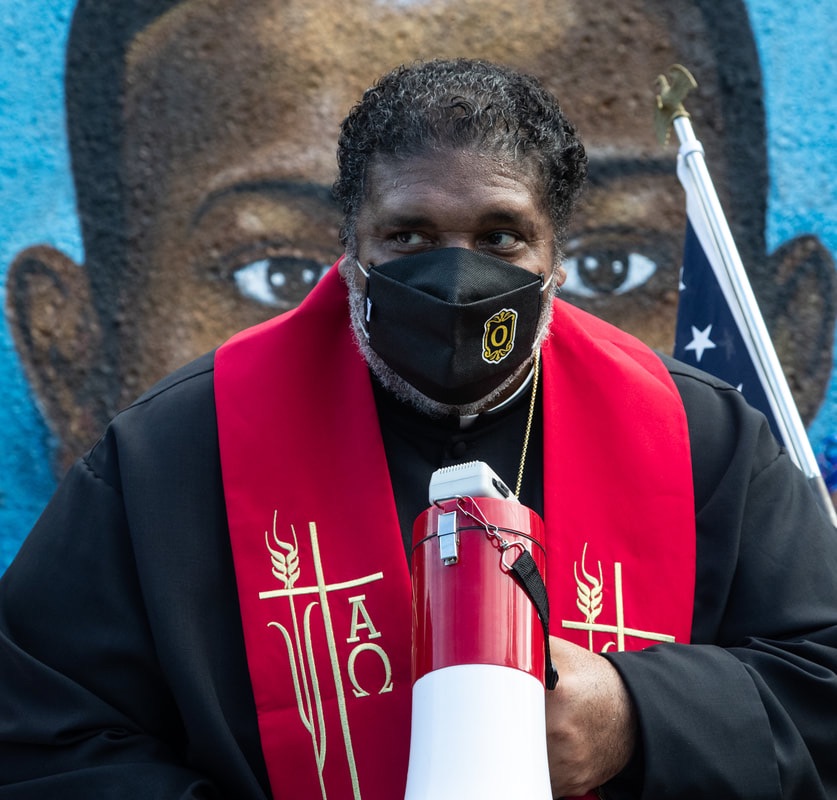 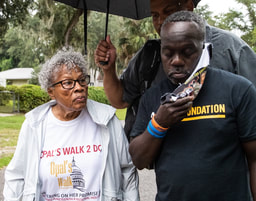 Satilla Shores GA , Sep 2020 - Dr Opal Lee accompanying Marcus Arbery to a pray vigil on the street where his son Marcus Arbery was murdered.
,
Justice For Ahmaud - It Could Have Been Me –  speaks to the dichotomy between public activism and the private struggle African American citizens experienced in response to the vigilante style murder of Ahmaud Arbery.   As with other racially motivated murders, a deep sense of solidarity and intense anxiety ensued. This exhibition documents the powerful faith based political movement initiated by the Arbery Family that brought about a conviction and its effect on their close-knit Brunswick Georgia, Gullah Geechee community.
​     The exhibit host, The Dock Bookshop, is one of the premiere African American bookstores in the Southwest.  Curator Vicki Meek arranged the images to compliment this intimate space and encourage dialog. The images survey a broad range of time from September 2020 to August 2022, culminating with the federal hate crime sentencing.  More important than the photographs themselves is the viewer’s perspective.  We all have a story to share. This is our story.  My goal is to empower the audience with a sense of Sankofa, learn from the past to make progress.

I was introduced to Brunswick Georgia and the Arbery Family while on assignment documenting a tribute to Dr Opal Lee in September 2020.  Brunswick Juneteenth pulled out all the stops to honor her life’s work.  The opening exhibit image shows Dr Lee comforting Marcus Arbery, Ahmaud’s dad, as they marched through Satilla Shores for a prayer vigil at the location where his son was murdered. My knowledge of the case at the time was limited. The news cycle was dominated by the pandemic and George Floyd’s murder.  Giving honor to God first, Marcus shared his family’s anguish. In that moment we connected. I was struck by the Arbery’s strong spirit and love for their community.

Ahmaud Arbery’s death birthed a movement. Described as a 21st century lynching, it revealed an ugly deep south practice of racialized violence when confronted by Whites in pickup trucks.  Arbery, a 25-year-old Black man, was jogging through a SouthEast Georgia neighborhood when he was pursued by three White men in pickup trucks, one of whom shot and killed him. They assumed he had committed a burglary.  The three men walked free for 74 days shielded by their privileged association with the Glynn County Police department. The county had no intention of arresting them. Undergirded by their Christian faith, Ahmaud’s parents, Wanda Cooper-Jones and Marcus Arbery, pressed through their grief to find answers. Calls to the District Attorney's office were never returned. Ms Cooper-Jones’s research uncovered department nepotism favoring the murderers. The DA forced to recuse himself from the case, wrote a letter   citing numerous Georgia statutes in an attempt to give legal coverage to this racial vigilantism and referenced a video of the murder filmed by one of the men involved as corroborating evidence.

​   On May 7th, the day before Ahmaud's 26th birthday, under intense pressure from his family and their considerable supporters, the men were arrested after the leaked video of their crime exploded across social media.

During the murder trial, Brunswick’s African American leadership were able to extend their outreach efforts with the support of several national civil rights organizations. The NAACP, Black Voters Matter, The New Black Panthers, National Action Network, Operation Rainbow Push, The Poor People's Campaign and The Transformative Justice Coalition (TJC) held coordinated events to educate the community on voter’s rights and the ongoing legal proceedings.  Not all the ideologies aligned but it was a master’s class in “Good Trouble.”

I remember feeling a bit anxious initially photographing The New Black Panthers as they rallied in front of the Glynn County Courthouse. This was the deep south after all.  They were powerful, disciplined and open carried AK-47’s. The following day, in the same space, hundreds of clergy and prominent civil rights leaders from around the country convened for a mass prayer vigil in response to the defendant’s lawyer’s request to limit the number of Black pastors present in the courtroom.

The demonstration marches led by The Transformative Justice Coalition flowed from the courthouse to the now iconic Ahmaud Arbery mural in the heart of the African American neighborhood less than a mile away. Understandably, some of the residents were reluctant to participate. This was not their normal and it could jeopardize their jobs. The welcoming block party atmosphere encouraged all to participate on whatever level they felt comfortable. It was old school fellowship, right down to the community barbecues.  As we wound through the streets chanting and singing, some of the locals joined in while others took it all in from where they stood.  This was also an opportunity for the Arbery family to address their neighbors directly - unfiltered by the mass media. Ahmaud jogged down these streets too. Everybody knew him.

In the evenings the Transformative Justice Coalition held town hall meetings open to all.  They always kicked off with James Brown’s “Say it Loud! I’m Black and I’m Proud!”  Of course, we lost our minds partying for a few minutes but then got right down to business.  Their staff attorneys gave an unvarnished recap of the day’s legal proceedings followed by a panel discussion with some of the best legal minds and astute activists in the fight.  It was a challenging but necessary conversation.

Ahmaud Arbery’s case made legal history. The nearly all-white jury handed down a felony murder conviction without the possibility of parole for the 2 men directly responsible. Republican dominated Georgia had its first federal hate crime conviction; the Citizen’s Arrest law in place since the Civil War was repealed and a state hate-crime law was passed. Georgia was one of four states without a hate-crime law.
​
​            In spite of the overwhelming evidence, the outcome was never a certainty.  It was the Arbery family's outspokenness and the viral video that made the difference.  Justice For Ahmaud: It Could Have Been Me portrays a community's journey towards healing. 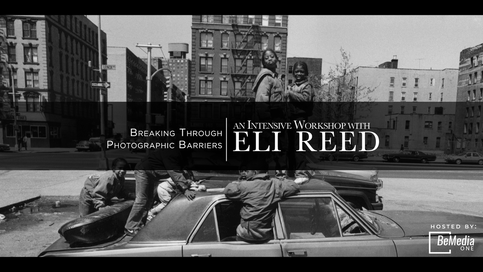